The theme for the 81st edition of the Mountain State Forest Festival, taking place Saturday, September 30, 2017 through Sunday, October 8, 2017 will be “FALL into Autumn Traditions.”

Peggy Phillips will be serving her third year as Queen’s Department Director, having previously served as a Queen’s Department Assistant in 2014. She has also volunteered with the Distinguished Guest Dinner and Queen’s Ball Committees, the Band Field Show, and was a chaperone for the Minor Court school tours. She will lead the planning, coordinating, and delivering of all activities for the Royal Court of the 81st Festival. 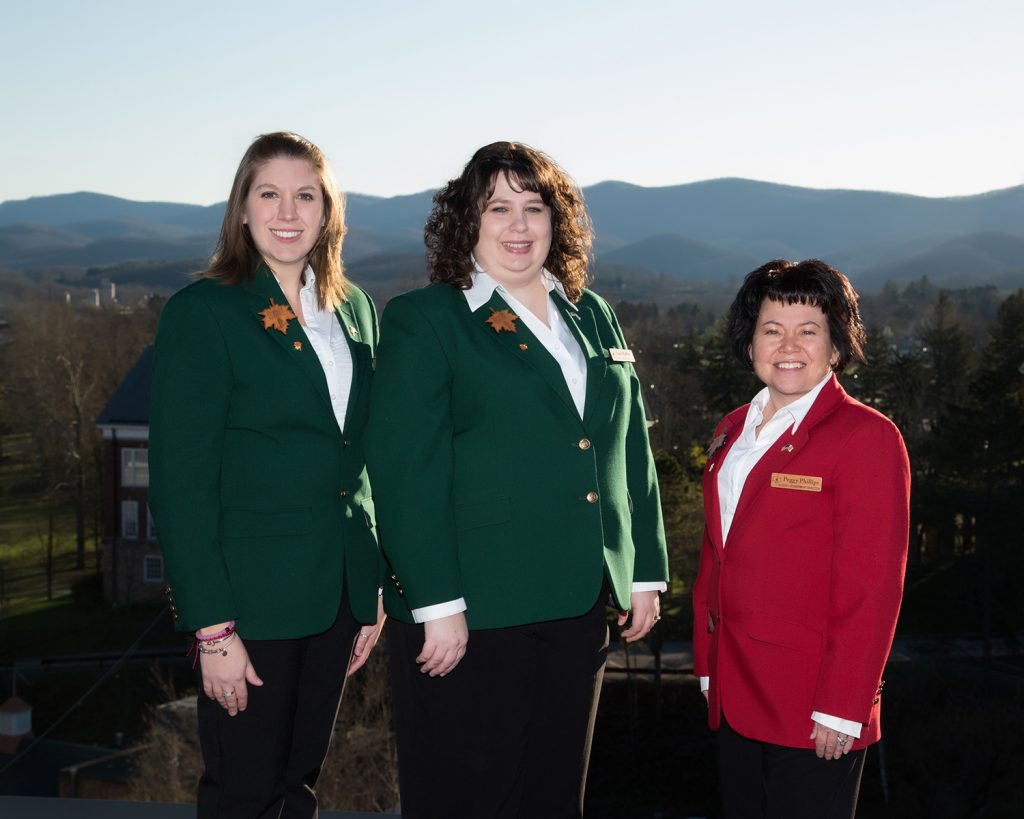 Phillips works for the United States Department of Justice as a Management and Program Analyst. A member of the Phillips Chapel United Methodist Church, she and her husband, William M. Phillips Jr., are the parents of Hannah and Michael. Hannah served as a flower girl in the 2013 Forest Festival.

Whitney Phillips will serve her third year as an Assistant of the Queen’s Department. However, she has been actively involved with the MSFF for many years. She has volunteered with the Distinguished Guest Dinner and Queen’s Ball Committees, the Band Field Show, Children’s Parade, Grand Feature Parade, and Talent Show. An active member of the Randolph County Chamber of Commerce, she received the 2013 Chamber Member of the Year Award. Her cousin, Hannah Phillips, served as a flower girl in the 77th Mountain State Forest Festival in 2013. Phillips works for Carte Hall & Associates, A.C. and is a member of the Phillips Chapel United Methodist Church.

Lisa Shaffer will also be serving her third year as a Queen’s Department Assistant. She and her husband Ben have been active volunteers with the Forest Festival for many years. Shaffer has been involved with the Distinguished Guest Dinner and Queen’s Ball Committees, Band Field Show, Window Decorating and Horseshoe Tournament. Her husband, Ben, served as Director General of the 78th Mountain State Forest Festival. Her niece, Haleigh Riggleman, was also a flower girl in the 2013 Mountain State Forest Festival. Shaffer is employed by the Randolph County Housing Authority.

Maid Silvia LXXXI will be crowned as queen of the 81st Mountain State Forest Festival during the Royal Coronation at 2 p.m. on Friday, Oct. 6, 2017 at the Outdoor Amphitheatre of Davis & Elkins College.