The 82nd Mountain State Forest Festival has announced the selection of royal court jesters Kennedy Laine Hart, Kendra Kay Lambert, Lilly Ann Leggett, and Macie Elizabeth Romero to the court of Maid Silvia LXXXII. The four Randolph County students, having earned the distinction through an audition process, will have the honor of providing entertainment in the form of dance and tumbling throughout the festivities from September 29 to October 7, 2018. 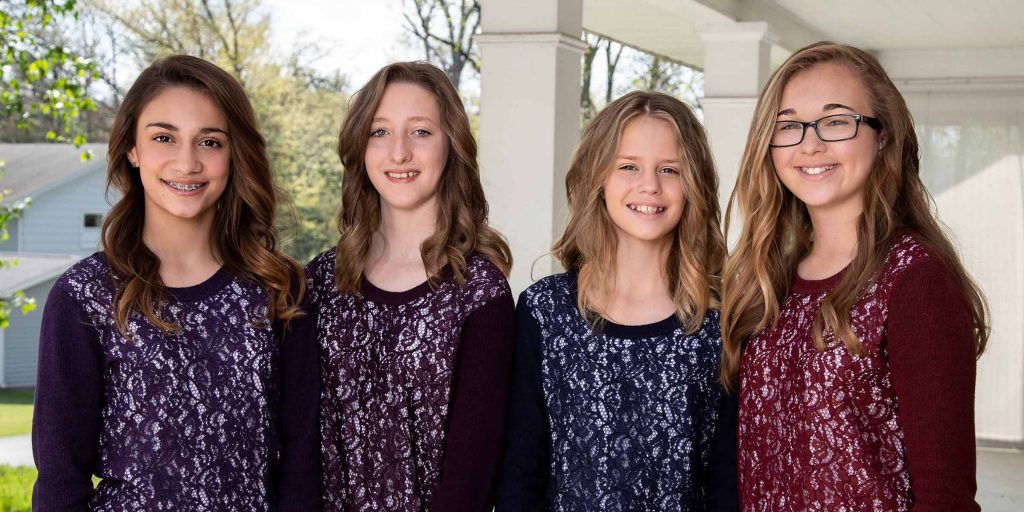 Jester Kennedy Laine Hart is the daughter of Bobby Hart of Elkins and Cris and Leslie Siler of Elkins. She is the granddaughter of Bill Weese of Elkins and Martha and the late Bob Hart of Beverly. She has one sister, Madison Hart.

Kennedy will be an eighth grade student at Elkins Middle School this fall. She is an honor roll student, participates in soccer and softball, and is a member of the Make It Shine Club. Kennedy is a self-taught tumbler and has been training with Kayla Carr for the past two years. She loves animals, being outdoors, and spending time with her friends.

In the fall, Kendra will be a sophomore at Harman High School. She participates in the Harman Band and is in the All Star Cheer group, Parade group and gymnastics group at Total Training Fitness Center.

Jester Lilly Ann Leggett is the daughter of Melinda and Demanuel Smith of Beverly and James and Whitney Leggett of Ohio. She is the granddaughter of Steven Shreve and Annette Shiflett of Beverly and Lillian and Leon Sliter of Belington. She has three brothers, Jaydon Shreve, Matthew Leggett and Colton Leggett and two sisters, Kala Mullenex and Ryleigh Leggett.

Jester Macie Elizabeth Romero is the daughter of Brian and Beverly Romero of Elkins. She is the granddaughter of Bill and Evelyn Umbright of Elkins, Tim and Sharon Cooper of Elkins, and Danny and Bernice Linger of Norton. She has one brother, Josh Romero.

This fall, Macie will be a seventh grade student at Elkins Middle School where she is an honor roll student and cheerleader. She swims with both the Elkins Otters and Elkins Rays, participates in competitive cheer at Axis, and golfs with the Junior Elks Club. She attends 4-H camp and received a scholarship to attend camp.

Please join the jesters and the Royal Court of Maid Silvia LXXXII, as they descend coronation hill at the crowning of Mail Silvia the 82nd on Friday, October 5, 2018 on the campus of Davis and Elkins College.