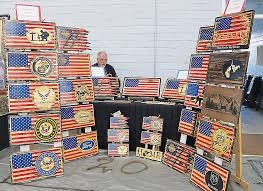 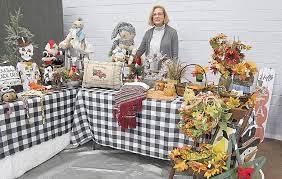 The benefit event started back in 1996 and since then has raised close to $2 million for WVU Children’s Hospital, which opened the doors on a brand-new 150-bed, $215 million facility last week.

A group of professionals from the hospital, including Dr. Larry Rhodes, Dee ‘O Palko and Samantha Godwin, attended the event. Rhodes is a pediatric cardiologist and professor of pediatrics at WVU Children’s Hospital, while O’ Palko is the director of annual giving. Godwin is associate director of development at the hospital.

“I think this is probably my 11th or 12th log auction and when you look at the sky and the temperature today, I think God is smiling on us,” Rhodes said to those assembled Thursday. “Since I’ve been coming I don’t think it’s ever rained on this auction. I think that speaks to the work that you are doing for our children. We very much appreciate all you do and I want you to know how much it means to children when they know that someone that they don’t even know cares about them — it’s just so very special.”

O’Palko told those in attendance that the new hospital has already treated 249 kids in the emergency department, had 881 clinic appointments, seen 41 babies born, performed 107 surgeries, and discharged 170 patients, all in just a seven-day time period.

“We are really at high capacity, too, and that just really means that people are coming there and we couldn’t do that without the support of generous donors like you guys,” she said. “The patients are from far and wide and we appreciate the continued support.”

Mountain State Forest Festival Maid Silvia LXXXIV Caroline Fluke and her maids of honor Hannah Lee Phillips and Sarah Diane Riggleman made a stop at the auction Thursday, along with other officials with the MSFF. Eric Carlson, executive director of the West Virginia Forestry Association, was also on hand.

Close to 100 people, both bidders and contributors, attended the auction that was conducted by auctioneer Andrew Yoder from Kaufman Realty and Auctions. Veneer logs, poplar peeler logs and saw logs were included in the more than 30 lots up for bid.

Paul Dohner was recognized with the Mountain Loggers Group President’s Service Award. Dohner, who is the owner of Heritage Hardwood in Lititz, Pennsylvania, has been a key contributor to Log-a-Load for many years. Last year when the organization came up short of its $150,000 goal, Dohner made up the difference of what was left so that the Mountain Loggers could reach their target amount raised.

Mountain Loggers Group President Danny Sines could not attend Thursday’s event but sent a written statement thanking all of those who contributed.

“It was a great year for the Mountain Loggers Group and there were a number of people that made it happen,” Sines said in his statement. “We appreciate everyone, no matter how big or small the donations were.” 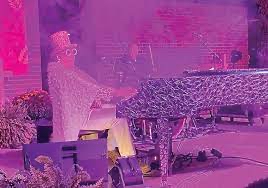 FAIRMONT — A local electric company will be giving away 1,500 trees in Elkins City Park Friday and Saturday during the 84th Mountain State Forest Festival.

The FirstEnergy electric company Mon Power will hand out Redbud, Red Maple, Red Oak and Serviceberry trees at the festival’s Conservation Village located at the Elkins City Park on Friday from 9 a.m. to 4 p.m., and on Saturday from 9 a.m. to 1:30 p.m.

“The Mountain State Forest Festival highlights the critical role that natural resources play in West Virginia’s culture and economic development. As one of West Virginia’s largest festivals, it’s an ideal venue for our largest tree giveaway in the state this year,” said Carol Trembly, a senior scientist with FirstEnergy who leads the company’s tree planting initiative.

Green Team members from Mon Power – “a group of employees who volunteer their time and talents to support a wide variety of environmental initiatives,” a FirstEnergy press release states –will be handing out the trees and tote bags.

The giveaway is part of a larger company initiative to plant 20,000 trees in 2022. Nearly 16,000 trees have already been planted at parks and nature reserves throughout FirstEnergy’s six-state service territory so far this year. Tree plantings and giveaways support FirstEnergy’s efforts to reduce its carbon footprint, promote the responsible use of natural resources and further the advancement of sustainable practices.

“The Mountain State Forest Festival highlights the critical role that natural resources play in West Virginia’s culture and economic development. As one of West Virginia’s largest festivals, it’s an ideal venue for our largest tree giveaway in the state this year,” said Carol Trembly, a senior scientist with FirstEnergy who leads the company’s tree planting initiative.

In addition to the tree giveaway, FirstEnergy is donating $2,000 to the Mountain State Forest Festival this year. Mon Power is also making an in-kind donation valued at $10,000 by providing crews, trucks and equipment to set up the logs for the festival’s annual Lumberjack Contest Saturday at Davis & Elkins College.

ELKINS — After being canceled along with the Mountain State Forest Festival the past two years, the Randolph County Senior Center’s annual Bazaar has returned this year and is off to a running start during the 84th MSFF.

“We have a lot of people visiting the Senior Center for this event,” RCSC activities director Donna Canfield said. “We’ve only been open a few days and we’ve been pretty busy with guests coming in every day. I expected to pick up even more the next couple of days, especially on Friday when everyone is downtown.”

The bazaar kicked off Monday at the Senior Center building on Fifth Street and Railroad Avenue. It will run through Friday and is open each day from 9 a.m. until 3 p.m.

All of the items being sold at the bazaar are made by seniors who are residents of Randolph County. Many unique homemade items are available at the event.

“There is homemade food, different types of cookies, candies and things like that,” Canfield said. “Then you have all the other items like flower arrangements, pot holders, dish towels, Christmas ornaments, handmade wooden bowls and much, much more.”

Some of the other items on sale at the bazaar include embroidered wall hangings, sweatshirts, Christmas wreaths, quilts, decorative plates, crocheted toys, blankets, scarves, hats and gloves, pillows and tabletop decor.

Randolph County Senior Center Director Laura Ward said some of the items for sale are things you just don’t see any more.

“Because there aren’t a whole lot of people out there who knit and crochet like they used to, you don’t see much of that around like you used to,” she said. “People can find a lot of that stuff to purchase at the bazaar. And the neat thing is that everything is handmade by people from Randolph County.”

Ward said she is unsure of how many years the event has been held during the Forest Festival, but believes it has been around as long as the Senior Center building itself.